Magnet Board for Tim's Office 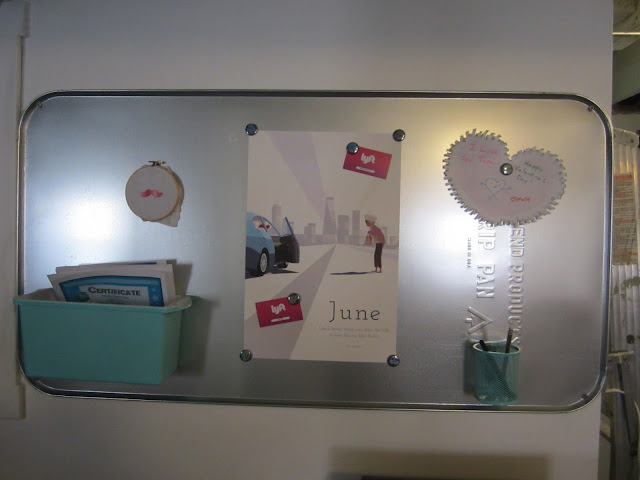 I haven't done much with the basement lately, but for Valentine's Day I wanted to give Tim the magnetic board I had been planning for his office.  I knew it would be fairly easy to make because I had done the same thing for the kids' room in our old house.  I got the idea from Teachpreschool.org.  I simplified it a bit for Tim's office, I didn't paint it and I simply screwed it into the wall instead of using velcro tape.  Using an oil drip pan is an affordable way to get an extra large magnet board, I think this one was around $13 at Walmart.  I also wanted some magnetic storage.  I had seen some cool options at The Container Store:

But spending $10-$15 for each piece seemed unnecessary.  I knew I could do something similar for a lot cheaper.  So I headed to my local Goodwill and grabbed a few inexpensive containers. 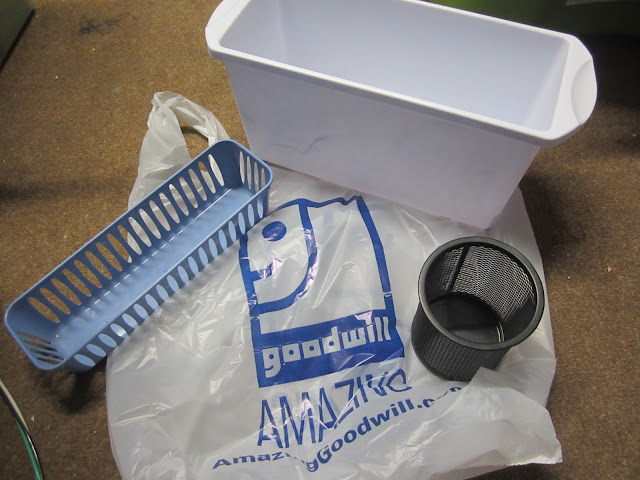 I paid $1.50 for all three containers.  Then I pulled out a can of spray paint I had left over from spray painting our patio furniture last year.  I gave everything a couple of coats of blue paint. 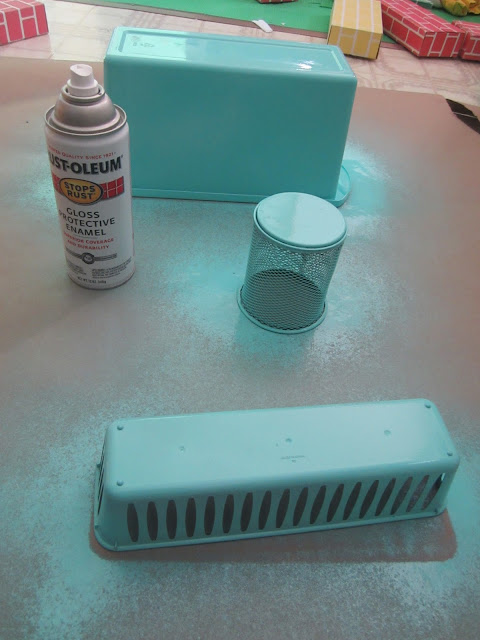 I then hot glued some magnets that I've had for at least 10 years to the back of each container.  I purchased them and then never used them.  I count the magnets and spray paint as free, since their cost has already been accounted for in a different project.  The long, low container fell off the magnet board as soon as Tim put something in it, the paint and magnets just peeled right off of the plastic back.  I scraped more paint off of the back and then re-glued the magnets on.  This time it worked, but it isn't shown in the picture because I hadn't fixed it at that point.  I also made some magnets using pictures I had printed off of the internet.  I used my button maker and simply glued a magnet on the back of each button instead of attaching a pin. 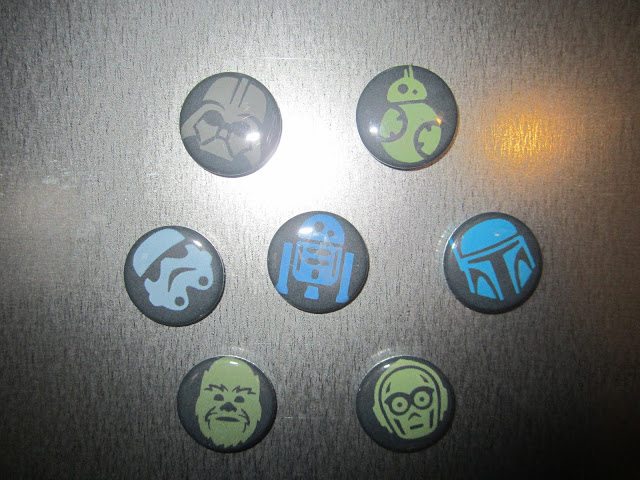 I'm pleased with how this has turned out and hope Tim gets a lot of use out of it!