Our family is going to Disney World for spring break and we're going to be that family.  The one with the matching shirts.  I know, it's bad, but there were several non-obnoxious factors that went into this decision.  1-Ease of finding one another in a crowd. 2-Cheap shirts means that I don't feel bad about writing Tim's phone number on them in permanent marker. 3-Cheap shirts!  4-We now already have Disney shirts so I don't have to hear any requests to purchase Disney shirts for a million dollars at the park.  So here's how I made them.

First I printed out (I know, archaic) a coupon for Michael's.  Turns out I didn't need the coupon as their shirts were on sale for $2 a piece.  We are planning on hitting three parks so I bought shirts for the four of us in three different colors.  I then allowed each of the kids to choose a Disney movie to theme the shirts with.  Henry chose Big Hero 6, Sofia chose Frozen and I chose The Little Mermaid.  I then found silhouettes of the characters from each movie and printed them out and taped them to the window with freezer paper in front and traced them with a pencil. 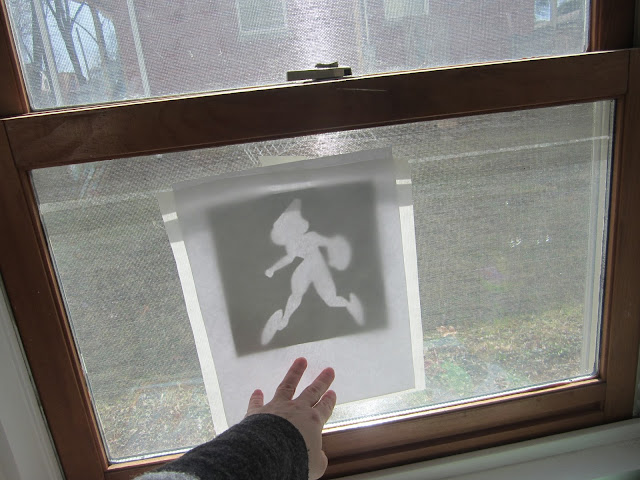 After that I used an x-acto knife to cut the stencil out. 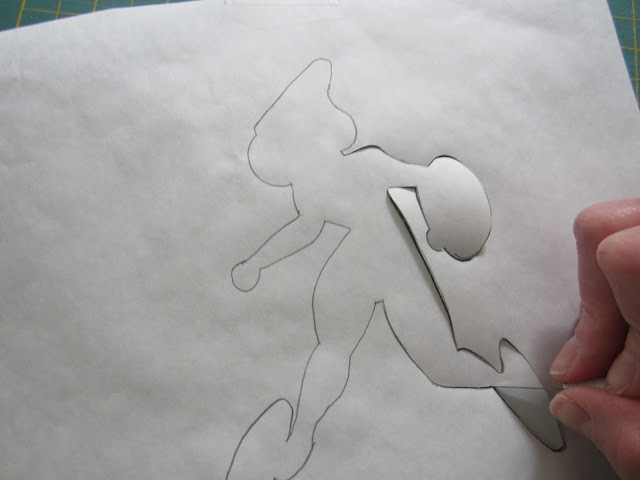 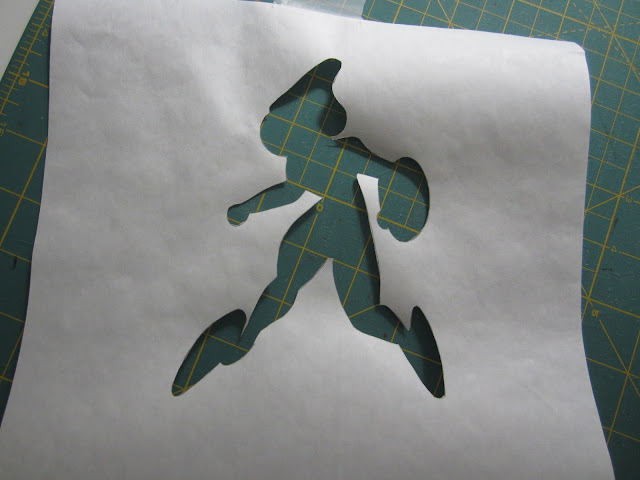 I then ironed the shiny side of the freezer paper onto the shirts. 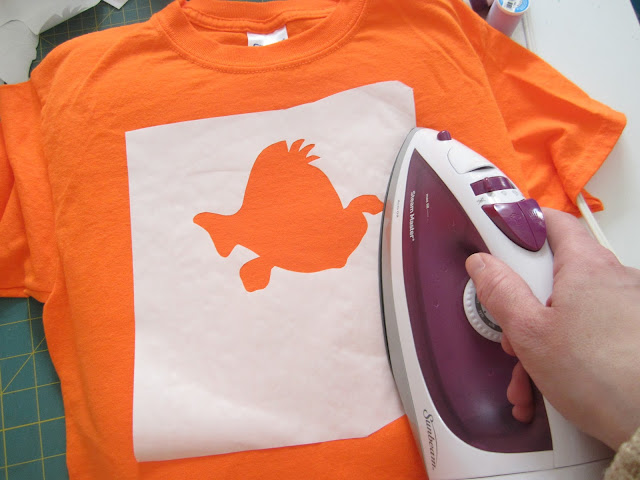 Some of the shirts had detail work, so I ironed the smaller pieces of freezer paper inside the stencil after ironing the main part on. 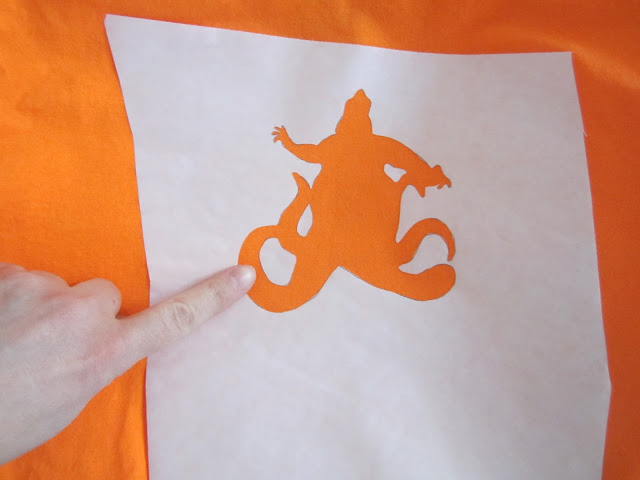 I then used little foam stampers to fill in the stencil with fabric paint. 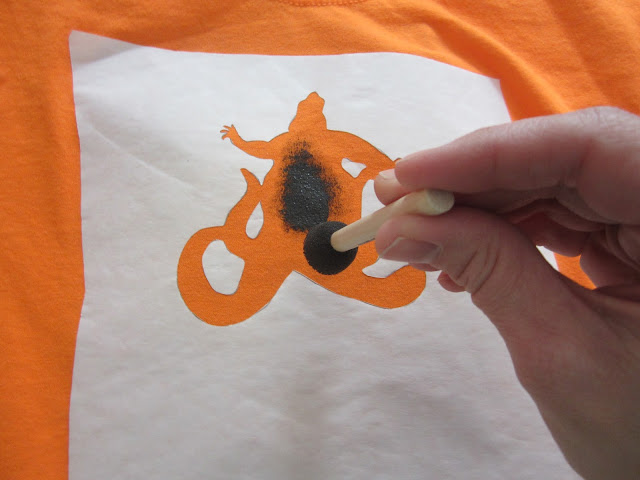 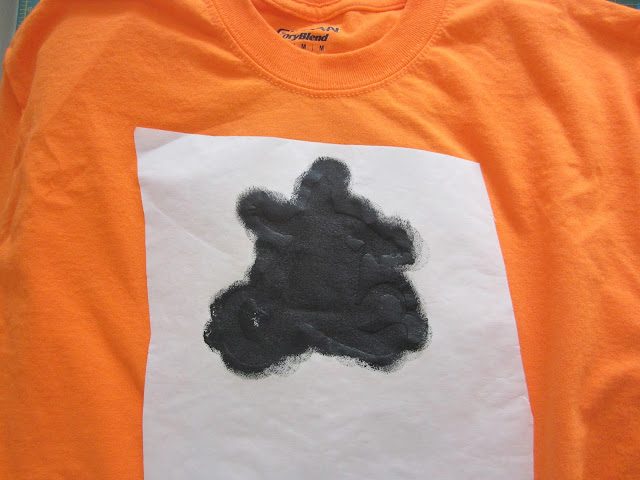 After letting it dry a little while I applied a second coat of paint.  You can't see it here, but when I held the shirt up you could see light coming through the areas that didn't have a thick enough coat of paint.  Then I just peeled the stencils off and let the shirts dry fully. 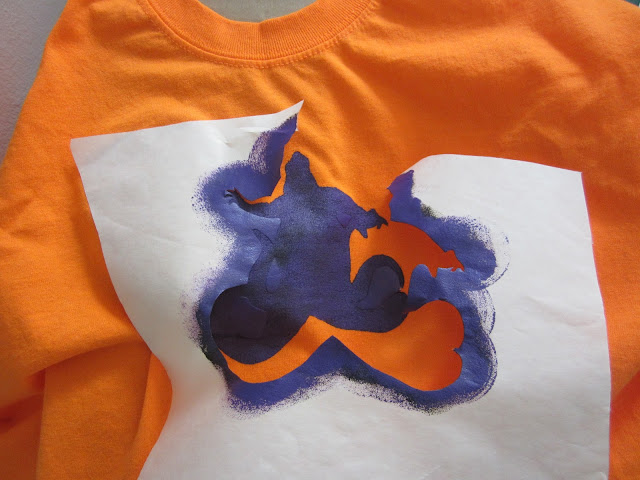 I did this whole thing assembly line style, so I cut out all the stencils at once, then ironed them all on at the same time and then painted them all simultaneously.  Here is the final product: 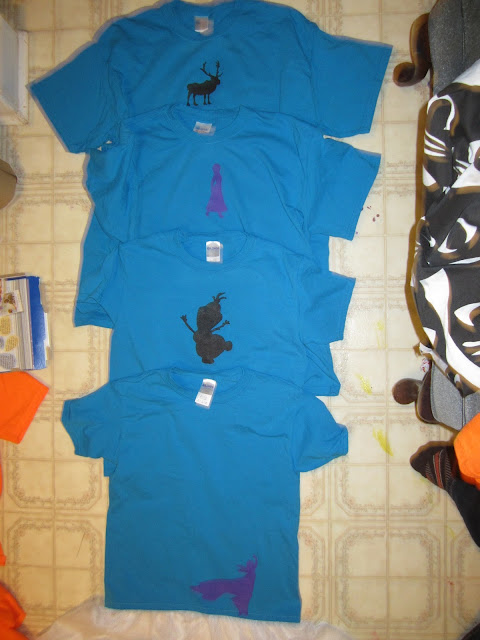 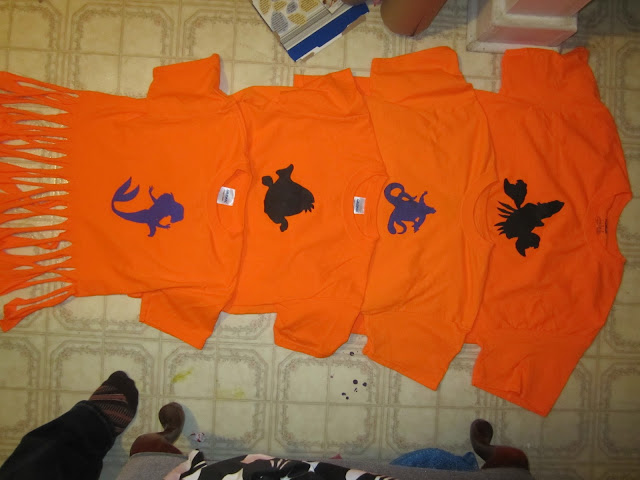 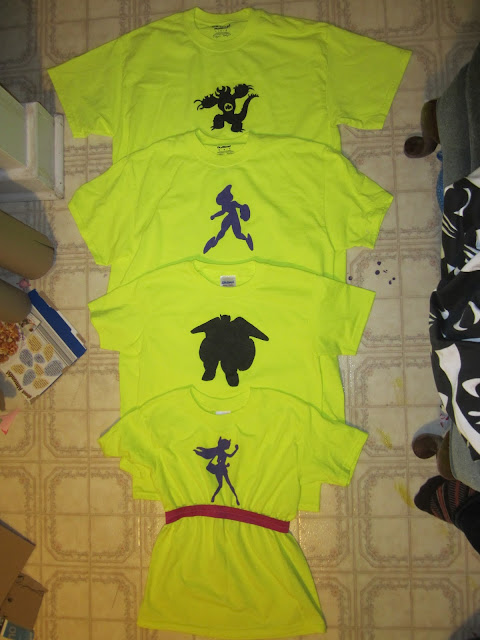 The pictures weren't perfect, there did end up being a bit of bleeding under the stencils. 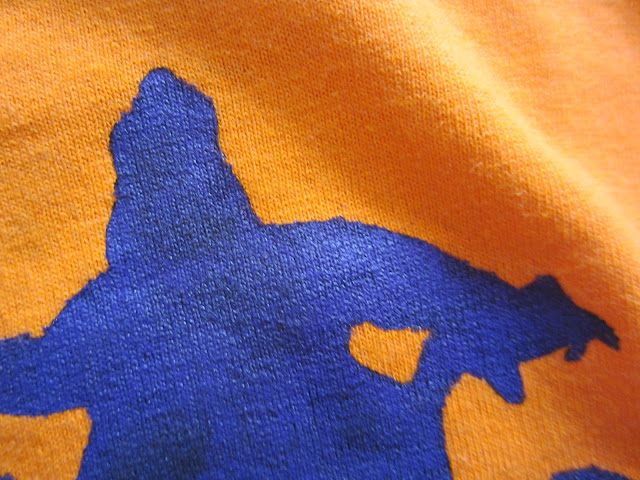 But it's good enough for me!  I'm looking forward to being that goofy matching family at Disney!
Posted by Molly at 5:53 PM