Testing Our Popcorn Ceiling for Asbestos

In Sofi Sue's future bedroom the ceiling is very low.  Because we are making a loft for her I am worried that she may somehow scrape herself on the bumpy ceiling.  I would like to remove the popcorn, but Mom brought up the possibility of asbestos in the popcorn ceiling.  So I have to get my house tested for asbestos, again!  The first time we had to test linoleum in the dining room and basement.  I had someone come out to the house to take the samples which cost a couple hundred dollars.  The results were happily negative.  This time I decided to go the cheaper route.  I am collecting the sample myself and sending it in to a lab to get it tested.  It only costs $30.  First I sprayed the ceiling with water: 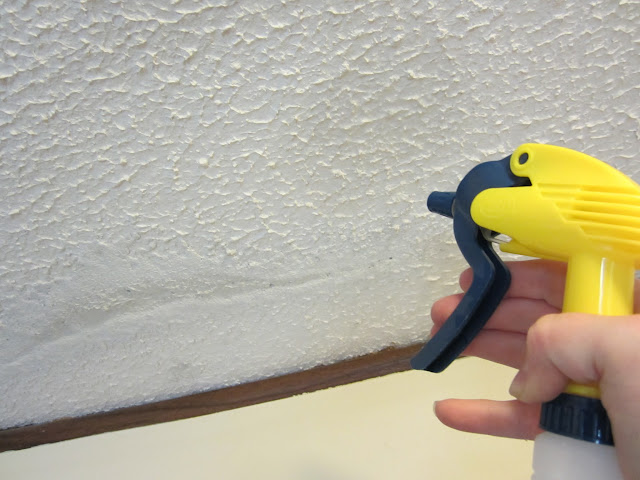 Then I used a box cutter to score a small square in the ceiling: 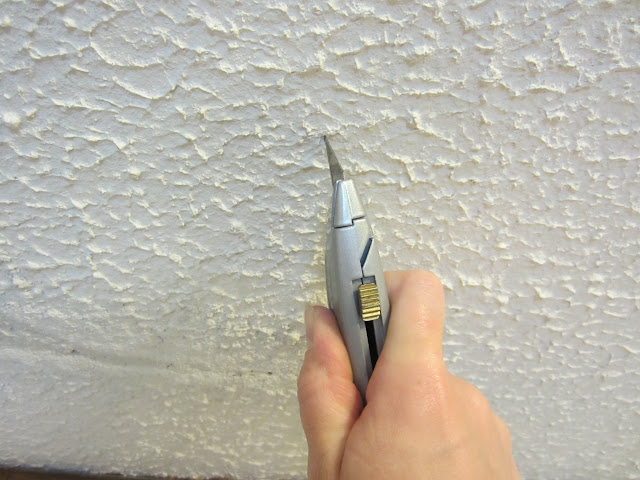 Then I scraped the inside of the square into a plastic bag: 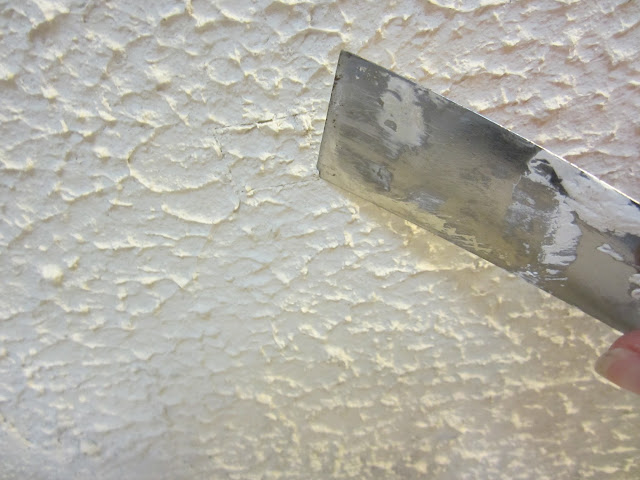 I labeled the bag and sent it in on Friday.  The lab is in California so it hasn't arrived there yet.  I'll let you know the results when I get them!
Posted by Molly at 5:34 PM