It took a week longer than anticipated, but we're finished with the main part of Sofi Sue's loft bed!  I used plans from Ana White to make the bed with just a couple of modifications.  Instead of having the entire bed attached to the wall we could only attach one side.  On the other side we have windows so the bed had to be supported with posts.  Here goes!

First we attached a 2X4 to the wall. 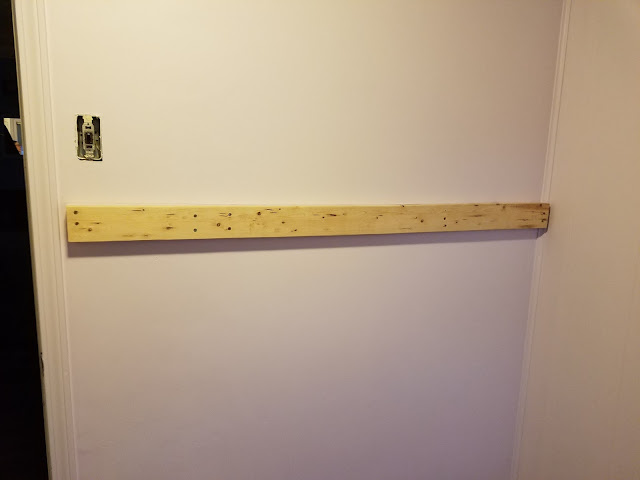 And then we made legs and another 2X4 on the opposite wall. 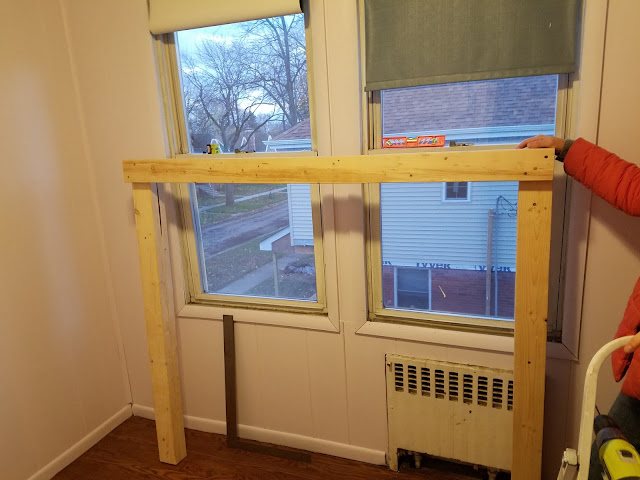 We also took a break to have some custard.  I know it doesn't look as if we'd done enough at this point to deserve a break, but with an old house, sloping floors, randomly placed studs and faulty stud finders we felt that custard was definitely in order! 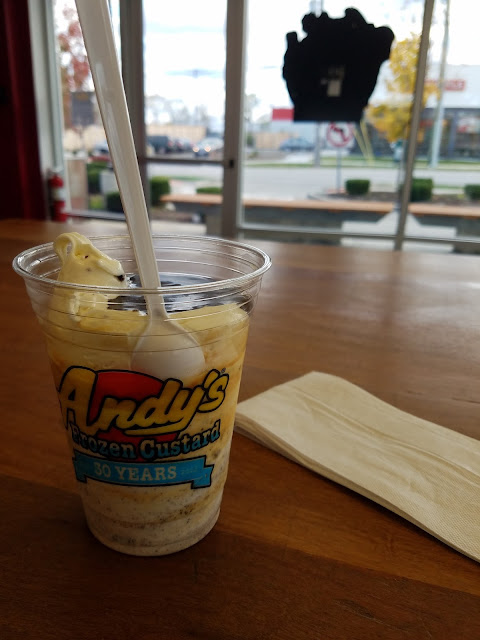 After that we attached joist hangers to the 2X4s and used them to hang our joists (just another set of 2X4s).

Since all of this is likely to be swung from, grabbed and messed with by our two kids we sanded each piece before installing it. 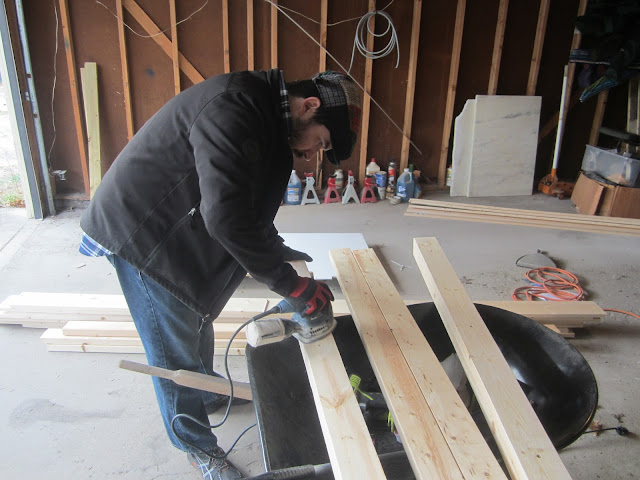 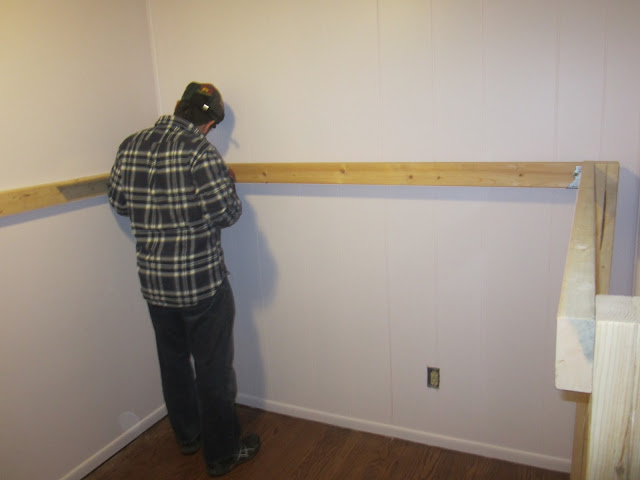 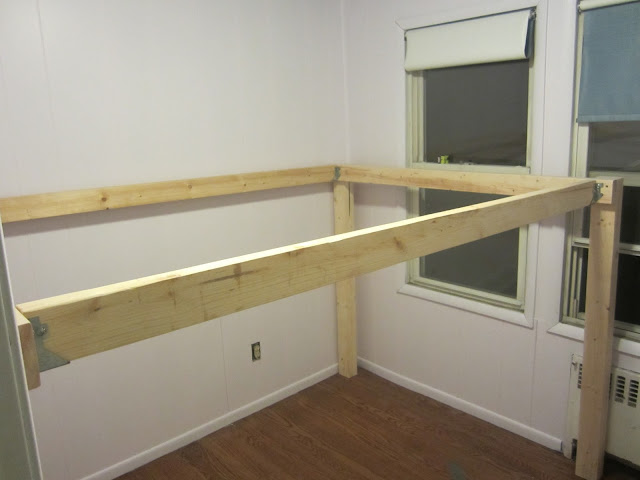 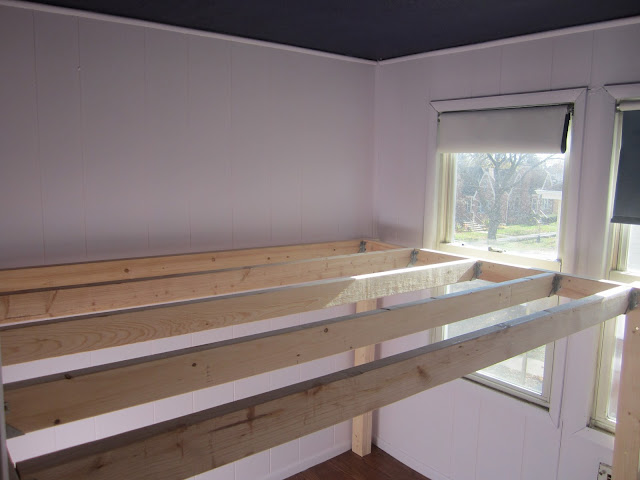 At this point we have used only 2X4s.  The legs on the one side are two 2X4s sandwiched together.  Now we switched to 1X6s to make the floor of the loft. 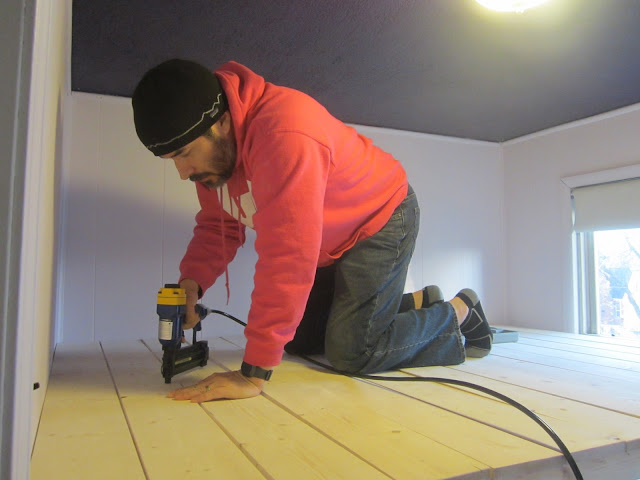 It's super useful to have a brad gun, installing the 1X6s was a breeze.  Then I cut a 1X6 the length of the loft and attached it to the front to finish off the outside edge of the lot. 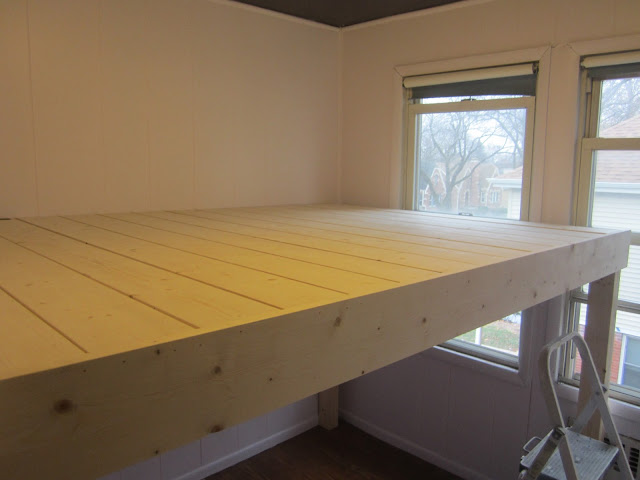 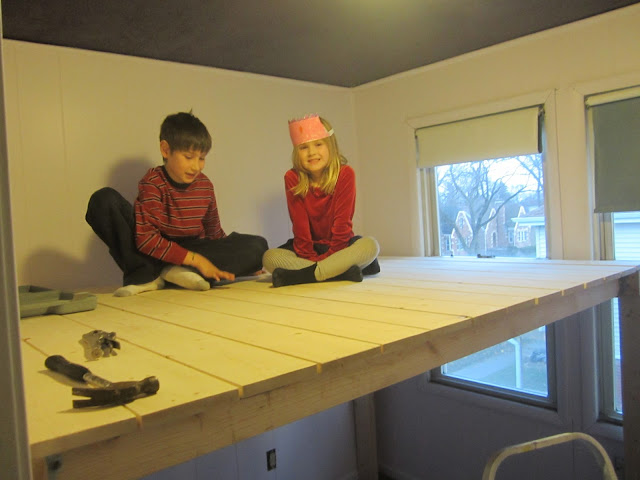 I still have to make the railing and attach the ladder from the bunk beds, but the loft is almost ready for Sofia to move in!
Posted by Molly at 6:50 PM