So, as you read here I wasn't exactly successful in removing the popcorn ceiling from my daughter's bedroom.  I'm soldiering on anyway and primed it using a brush and some white paint and primer in one I had on hand just to seal off the ceiling.  I didn't want to buy another gallon of primer and the ceiling is so small that the small amount of paint/primer I had left in the can was enough.  Of course, that was painting white on white, so it wasn't apparent before I started in on the purple paint what a pain in the butt painting a popcorn ceiling is!  This is how it looked after one coat. 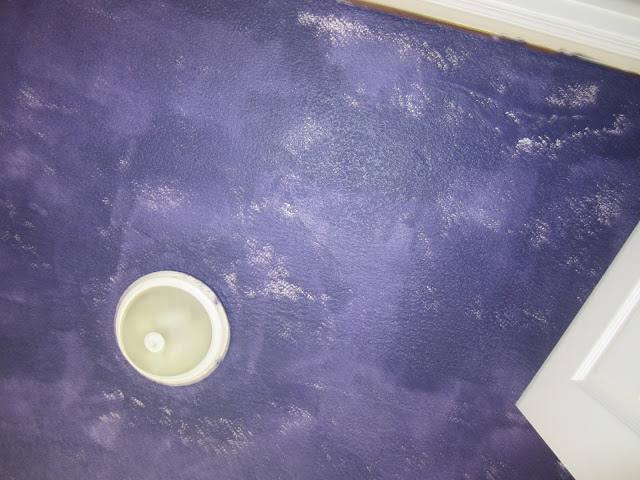 Pretty splotchy, but I figured the second coat would fix that. 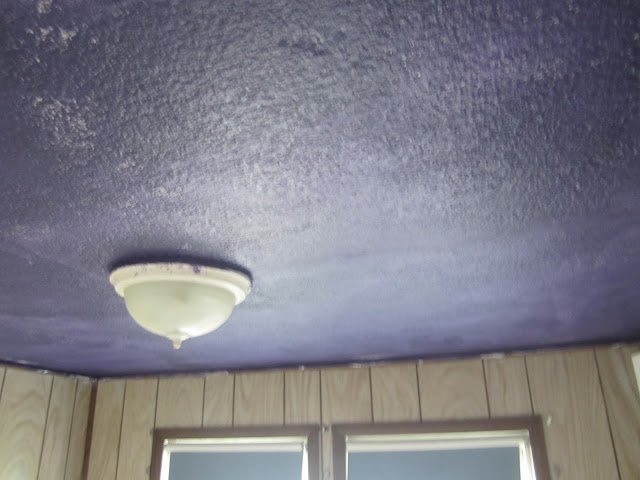 Better, but there are still a lot of little white spots where the paint did not fill the little popcorn craters.  I even used the extra fluffy paint roller!  A third coat in the bad spots would probably do the trick.  The problem is that I bought this paint as a sample from a Sherwin Williams store at its grand opening for half off and the first two coats pretty much used up the can.  I have a little left, but not enough to put on a roller with uncertain results.  I don't want to shell out the money for another sample can, if I'm remembering correctly it would have been about $14 for a sample and I was super excited to say I had painted the ceiling for only $7.  So, now I'm spending between a half an hour and an hour a day with my neck craned backwards using a tiny craft paint brush to individually fill in the craters. 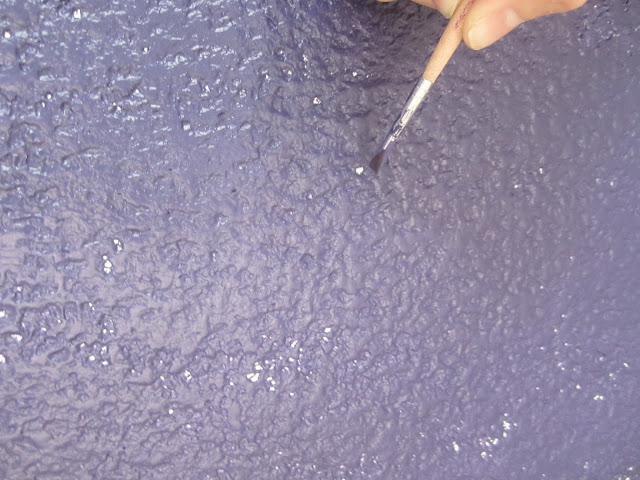 I know that by doing this the paint I have left will be enough.  The question is, will I lose all function in my neck before I'm finished!?!