We got our couch right after getting married in 2003.  Up until having kids who could move around, it held up pretty well.  It has always been comfortable and large enough for what we needed.  But as soon as the kids were mobile, the poor couch started to deteriorate pretty quickly.  I like allowing the kids to make forts out of the couch and to lounge about on it as they please, but they also like to jump on and off of the couch and use it as their own personal bouncy house.  The middle of the couch now sags very  noticeably and the pillows are flat and misshapen.  It is obvious that it is time to get a new couch and reign in our children's exuberance.  But our living room is pretty small and my tastes run to mid-century and expensive.  After reading the new book from Young House Love I realized that at this stage in our lives a beautiful and expensive couch might not be the best idea.  Instead I'm compromising with a sectional that can seat more people when we have Supper Club and will be comfortable for us on our weekly Movie Night.  After looking around the internet for a while I have settled on the Chamberly 3 piece sectional.

It is small enough that it should fit our space and is a little less frumpy than most sectionals out there in my price range.  Tonight I taped it out on our floor to see how much space it would really take up. 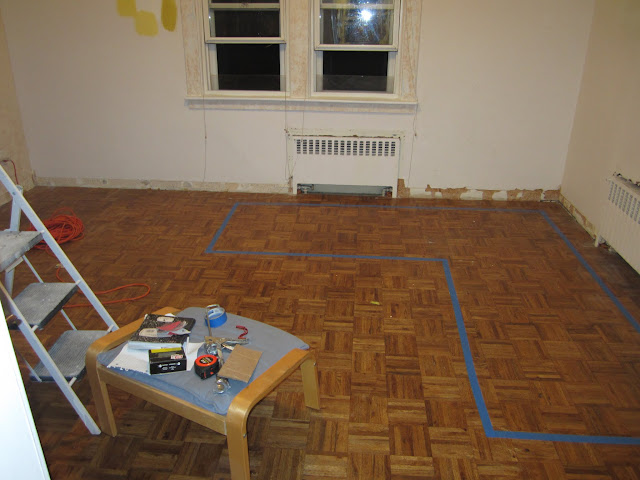 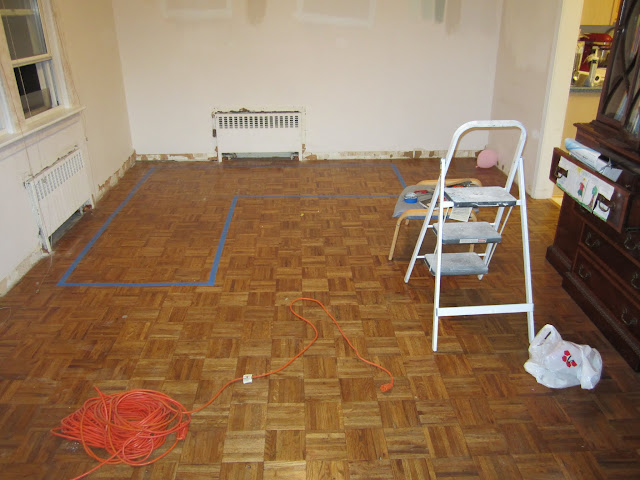 Although it fits in the room I was surprised by how little floor space was left.  At the same time, it seemed as if the couch was smaller than I thought it would be.  So this tiny sectional is going to take up half of our room!  I guess we'll have to get creative with how we use the rest of the space!

Email ThisBlogThis!Share to TwitterShare to FacebookShare to Pinterest
Labels: LivingRoom