A Yellow Paint That Doesn't Blind Me!


It took me a long time and many paint swatches to decide on the perfect yellow for my book case wall.  I first tried a variety of yellows that I had searched for online.  I put in the search "best yellow paint color" and came up with a variety that I then bought samples of from Home Depot. 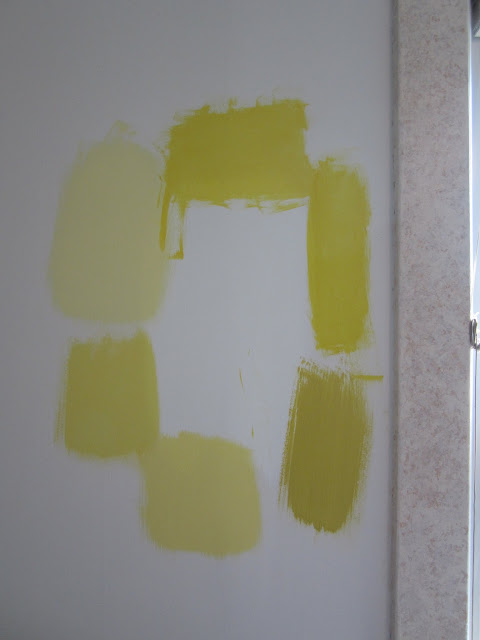 None of these colors seemed right and I despaired of finding the perfect yellow.  Then I saw it.  It was shiny and beautiful and exactly what I had seen in my mind:


The paint is Van Gogh Yellow from Fine Paints of Europe.  After doing a little more research online I called a store in my area that carries this type of paint.  The clerk that I spoke with over the phone said that it cost around $130 for a gallon of this paint.  You would think that that would have crushed my dreams, but I still felt that $130 was not too much to have an awesome and striking feature bookcase wall.  After all, I had been considering spending around that much to wallpaper that wall and then put the bookshelves in front of the wallpaper.  So I went into the store to see a sample of the paint.  There were little imperfections all over the sample and the clerk told me that that was where tiny bits of dust had landed on the paint while it was drying.  Now my dream was crushed.  I gave up on Van Gogh Yellow as it was not a color they could color match.  I ordered some yellow swatches to tape up on the wall from Benjamin Moore.  I decided on Bold Yellow.  After priming the wall with tinted primer and putting up two coats of Bold Yellow I realized that I had made a mistake.  The wall was too bright, almost neon.  And it didn't coordinate well with the Simply White I had next to it.  So I went back to the store and had them add some orange to tone down the yellow a bit.  Three more coats of paint later and I have a color that I am very happy with! 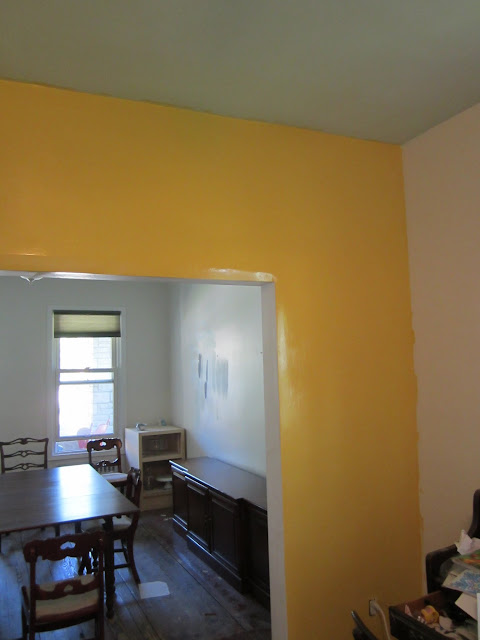 It's not quite as sunny as Van Gogh Yellow, but it does make me happy to look at it.  Now I need to get going on the book shelves!