Henry would like to have a new backpack every year.  If I bought him one of those cheaply made character backpacks that he always wants I'd have to get him a new one each year.  The bottoms of those bags disintegrate quickly and you'll be lucky if they even last for one school year!  Unfortunately for Henry, I already had a good quality backpack that I had bought for myself years ago but didn't use much.  Two years ago I decided to stop buying cheap bags and just use the one I already had.  It was pretty plain Jane, a dark green backpack with no embellishments.  So the first year Henry used it I jazzed it up a bit with some felt into a monster backpack.  Of course, I don't have any pictures of that.  Last year I pulled off the monster and added a minion instead.  I have some scruffy, been used for an entire year pictures of that:

This year I added a Pikachu, Henry's latest obsession being Pokemon.  First I ripped off the minion:

Then I threw him away: 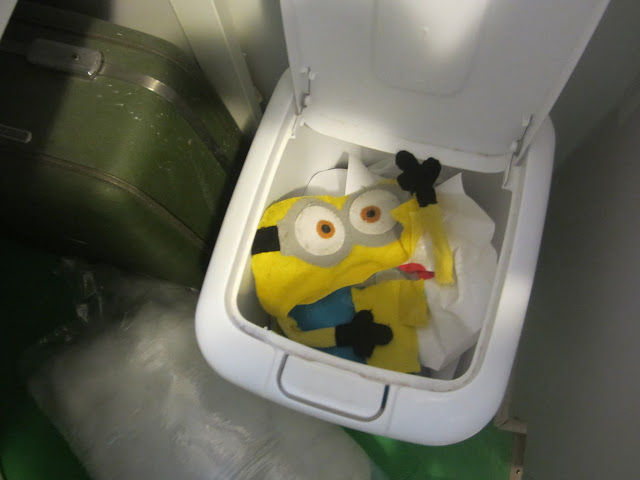 And then I pulled him back out because I realized that the backside of the minion would work perfectly for a Pikachu.  They're the same color and everything!  Yay, reusing!  So, looking at a picture I printed off of the internet of Pikachu I added some eyes, a nose, ears and little arms. 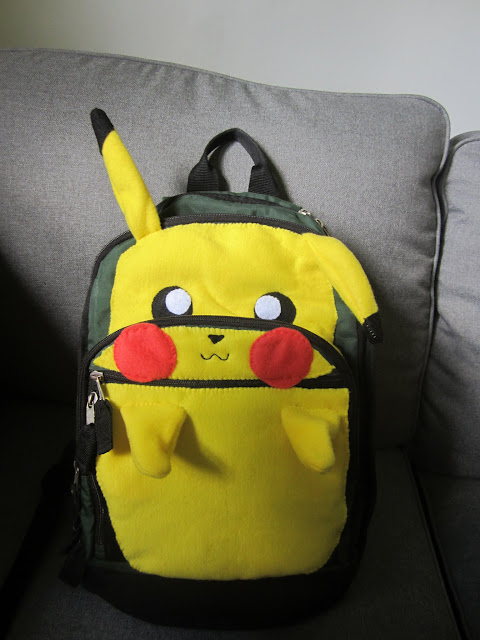 I think my minion was better, but this'll do.  It's probably the last year Henry will use this backpack as I noticed the beginnings of a tiny hole in the bottom, but I'm pleased that we'll have gotten over three years use out of it!
Posted by Molly at 5:34 PM