Living in an old house is not as fun as I thought it would be when I was younger.  I used to be obsessed with all things old; built in's, original wood floors, molding, and those little doors that used to lead from the porch to the ice box.  Now, I just want straight walls.  But there's no use crying about what you can't have, instead you just have to deal with what you've got.  And I've got majorly wonky walls.  Between my built in bookshelves and the walls on either side there are extremely uneven gaps that range from nearly two inches in some spots to a quarter of an inch in others.  I briefly considered using my original filling the gap method, but that would require too much time.  Instead I decided to fill the gap with pre-primed 1X2's.  I measured the gap in several spots and transferred those measurements onto my wood. 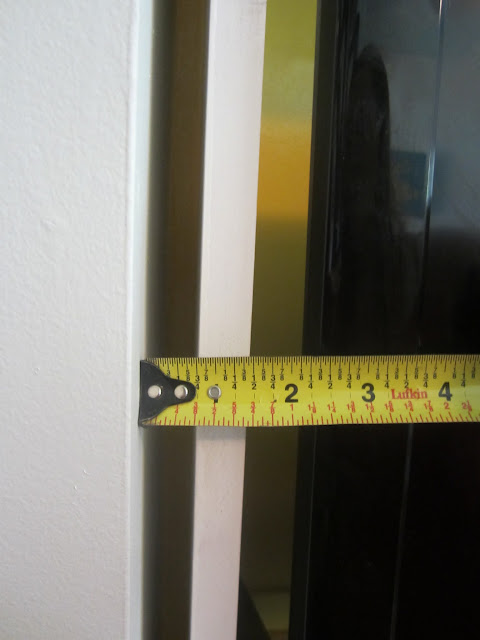 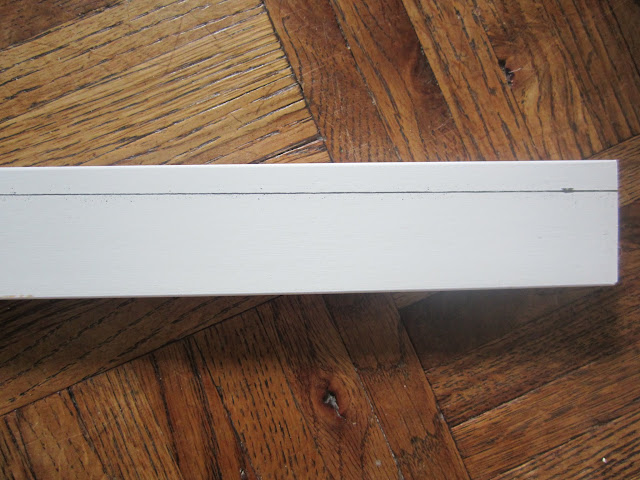 Then I used my belt sander to try and sand down to my line. 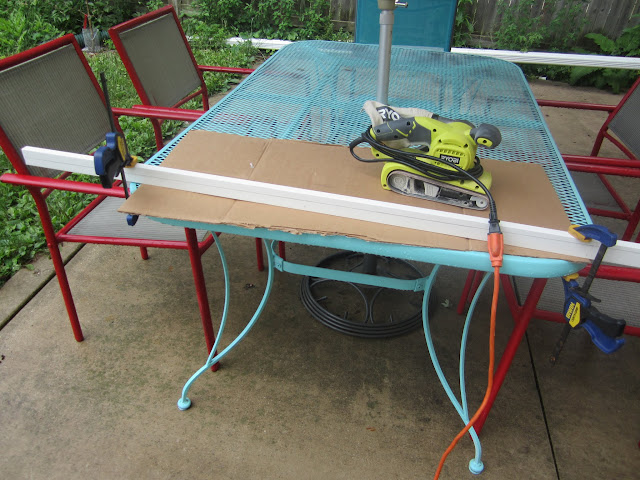 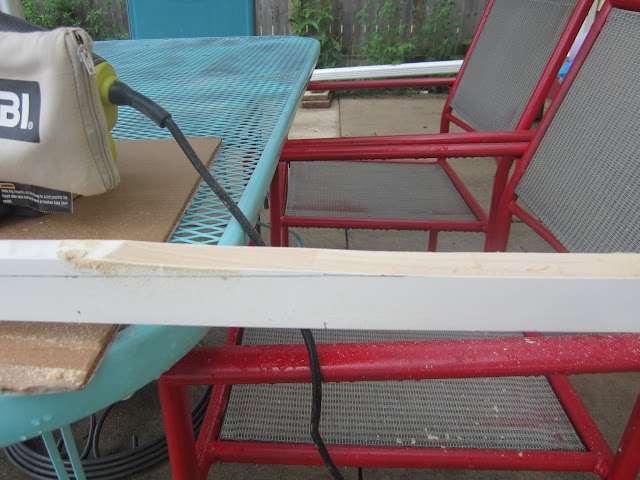 It took FOREVER!  So then I cut part with my miter saw, but that only would cut about twelve inches into my 1X2.  Then I took a hacksaw and went at what was left. 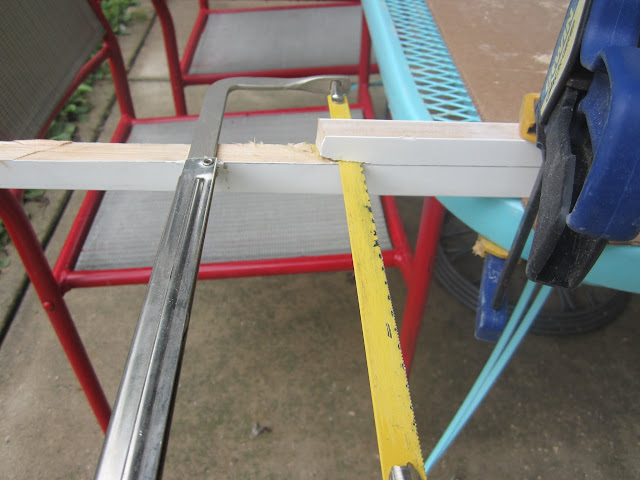 At least two hours after starting I had the wood for the left gap ready.  And I was dreading the next day when I would have to do it all over again on the right side.  But, the next day I realized I was being a dope.  This doesn't have to be filled in with one continuous piece of wood.  So I cut my 1X2 into twelve inch sections, marked the angels I needed to cut and used my miter saw to get it all done in less than half the time it had taken me the day before..  I'll need a little extra putty to cover up where the wood meets, but I plan on using a ton anyway, so what's a little more?  I also bought a couple of wooden shims to fill in the much narrower areas.

Then, today, I had to actually attach all of this wood.  I bought a small container of liquid nails and quickly realized that I didn't have the right angle to smear it onto the sides of the bookshelf.  So, I got creative and gooped the glue onto the handle of a fan and spread it with that. 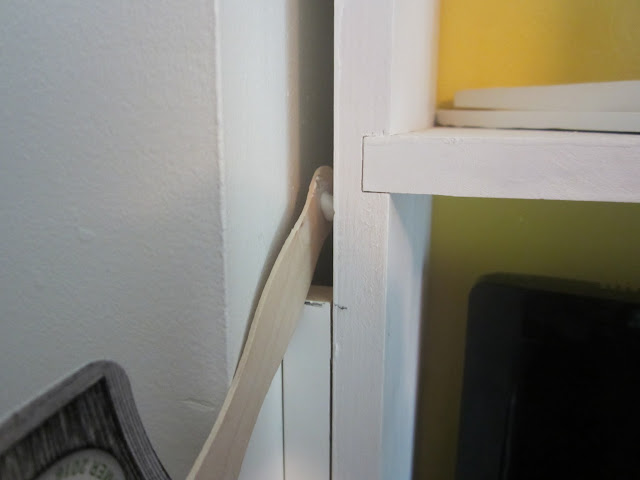 I maneuvered the wood into place and shot a couple of brads to hold it in place. 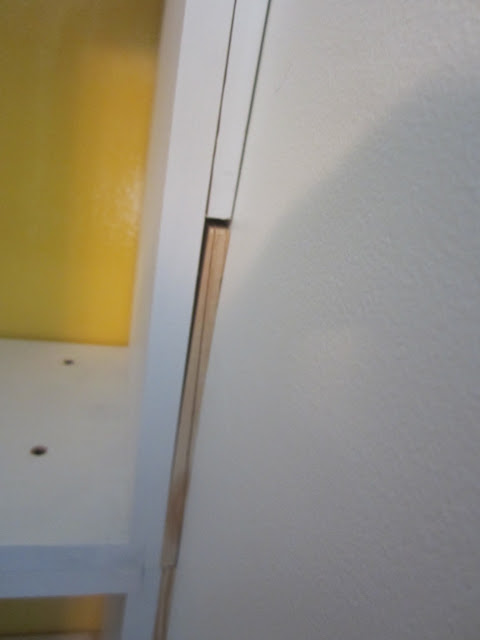 It doesn't look perfect, but hopefully the putty will smooth everything out and hide the imperfections.

Here's how it looked before: 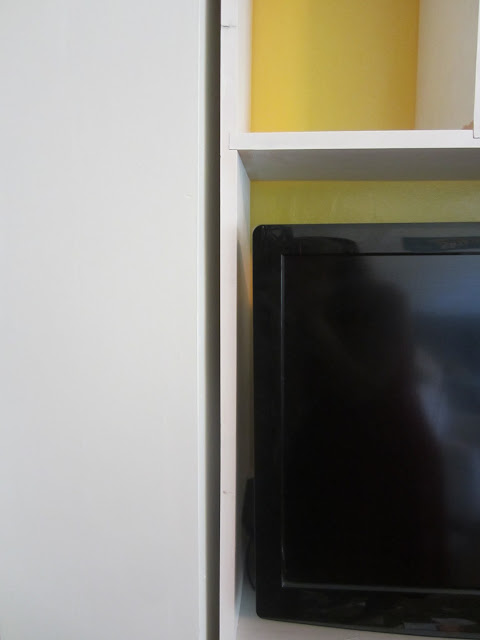 And here's how it looks now: 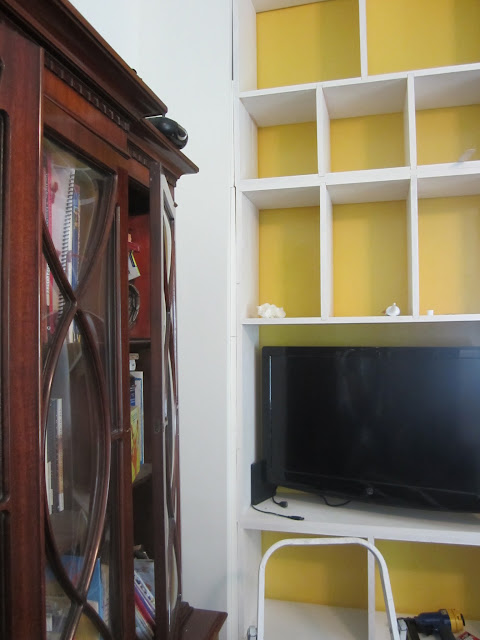 I'll let you know how the puttying goes!
Posted by Molly at 7:17 PM

Email ThisBlogThis!Share to TwitterShare to FacebookShare to Pinterest
Labels: built in bookshelves, LivingRoom